There is an extraordinary review of The Airways up in the Sydney Review of Books this week by Oliver Reeson. I love their excitement about the book, of course, but I also think it’s just a brilliant piece of writing in itself – on bodies, the gaze and power, and what queer literature can do. So I’m honoured to have prompted it. It is an electric and somewhat uncanny feeling when someone understands what you have done and then is able to articulate it back to you in ways you could not have done yourself. There is a lot that sings in Reeson’s essay, but I particularly love this part:

“Queer literature like this lives because it enters a bloodstream. It is picked up and carried and understood in the body. It doesn’t have to be explicit or educate. It shirks this responsibility.”

Which is, in itself, another kind of responsibility.

From human/ghostly bodies to bodies of water: I’ll be making an appearance at a symposium at Adelaide University called Southern Waters next week, talking about various iterations of the sea that show up in my work (or disappear in it, in the case of Dyschronia). It’s entirely free, and being both online and in person you can attend from anywhere. An amazing lineup of writers, and with music too – it promises to be a wonderful event.

Settling into life on Kuarna yerta is already delightful and deeply restorative. I have a home again, and a real office. The process of renewing a daily writing practice after months of disruption has been challenging and wonderful in equal measure. This past couple of years has given me a new understanding of precarity in its various forms. I wrote a piece for Overland about some of this, about #paythewriters and the work I’ve been doing with the MEAA National Freelance Committee lately. I know there will be more to come on this theme in the year ahead.

Overland is having its annual subscriberthon right now, and the SRB is also seeking donations. Indeed, most of the publications that pay writers to do the work we do need the support of subscribers and donors to sustain themselves. So if you’re in a position to assist, please do. And while you’re at it, join your union!

After flight cancellations, two months in limbo, and a desperate rush to get home by the only means available, I find myself at the Centre for National Resilience in Howard Springs – not home, but somewhere closer to it. I have joked that we are like packages held up in customs, being contained, inspected, and tested. Actually, it feels something like a detention centre, though the conditions here are certainly better than Australia’s immigration detention facilities. I have been reading Anwen Crawford’s extraordinary book No Document, which has been hauntologically fitting in here – I highly recommend reading it, wherever you happen to be.

In other news, some excellent reviews of The Airways have been appearing – most recently, this amazing review from Amy Baillieu in the Australian Review of Books, which selected The Airways as its “Book of the Week”, and a fantastic half-page review from Diane Stubbings in The Australian. Both these publications are paywalled. I can’t find a link to the Australian’s review online, but I have added some choice quotes from these reviews to the book’s page. 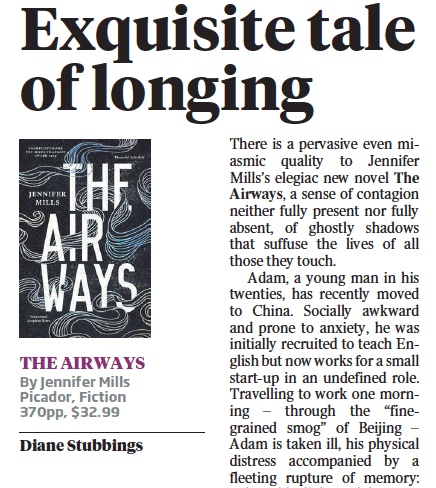 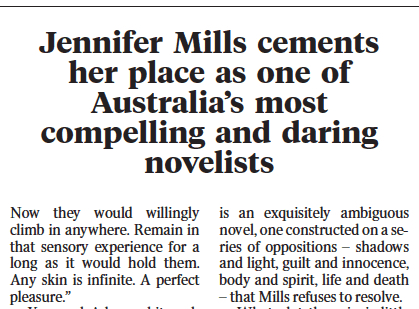 I also did a little Q+A with ABR for their Open Page section, which you can read here.

Heading back to Adelaide by way of the Stuart Highway once we are released from this place on Tuesday. I’ll write about the experience elsewhere, but here are a few images to give you an idea of what it’s like in here. It is a close approximation of the place to which I had the residents of Clapstone relocated by the fictional “Department of Sustainable Communities” at the end of Dyschronia. Surreal, dystopian, and eerily familiar…

Filed in writing | | Comments Off on Between borders

The permanent link for the online launch of The Airways is up at Youtube. Thanks to everyone who came to the livestream! It was great to see all your comments.

Want to hear more about the book? You can catch me at Northern Books on Sunday, listen to an interview with The Book Show on Radio National, or read this interview about gender and haunting in The Guardian.

Filed in writing | | Comments Off on The Airways – Online launch

The Airways is out now!

The time has come – The Airways is out in the world, with some great reviews appearing already in Artshub and The Monthly [$]. I have added some choice quotes to the book’s page. By now you should be able to find a copy at your local indie bookshop; if not, you can definitely order one online. 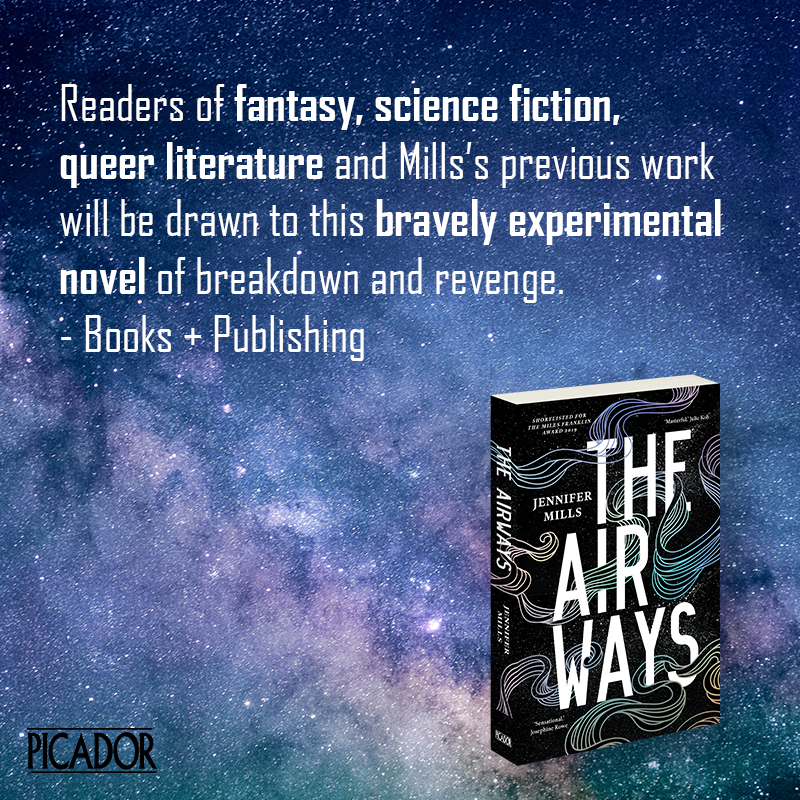 It feels pretty strange not to be able to go into a bookshop myself and see it on the shelf. But I am still celebrating the book’s arrival from here. As I mentioned in my last post, the launch will go ahead online on the 12th August – I hope that you can join me for that. I also have an upcoming Q&A at Northern Books on the 15th August, which I’m really looking forward to!

I wrote a short oped for The Guardian last week about being stranded, and what it’s like to see Australia’s border control pandemic response from the outside. It’s frustrating to be stuck here, but I know that others have it much worse, and I can adapt – two decades of life as a working writer have made me pretty resilient to hostile governments. The unfairness of it stings, though. I’m realising anew that Australia has one rule for the rich, and another for the rest of us. How did we get here?

We have so much work to do.

Filed in writing | | Comments Off on The Airways is out now!